For the Advanced Factories 2020 exhibition in Barcelona, I was tasked with developing a Pick & Place robotics demo. The twist? having the robot detect objects on the table and handling them. 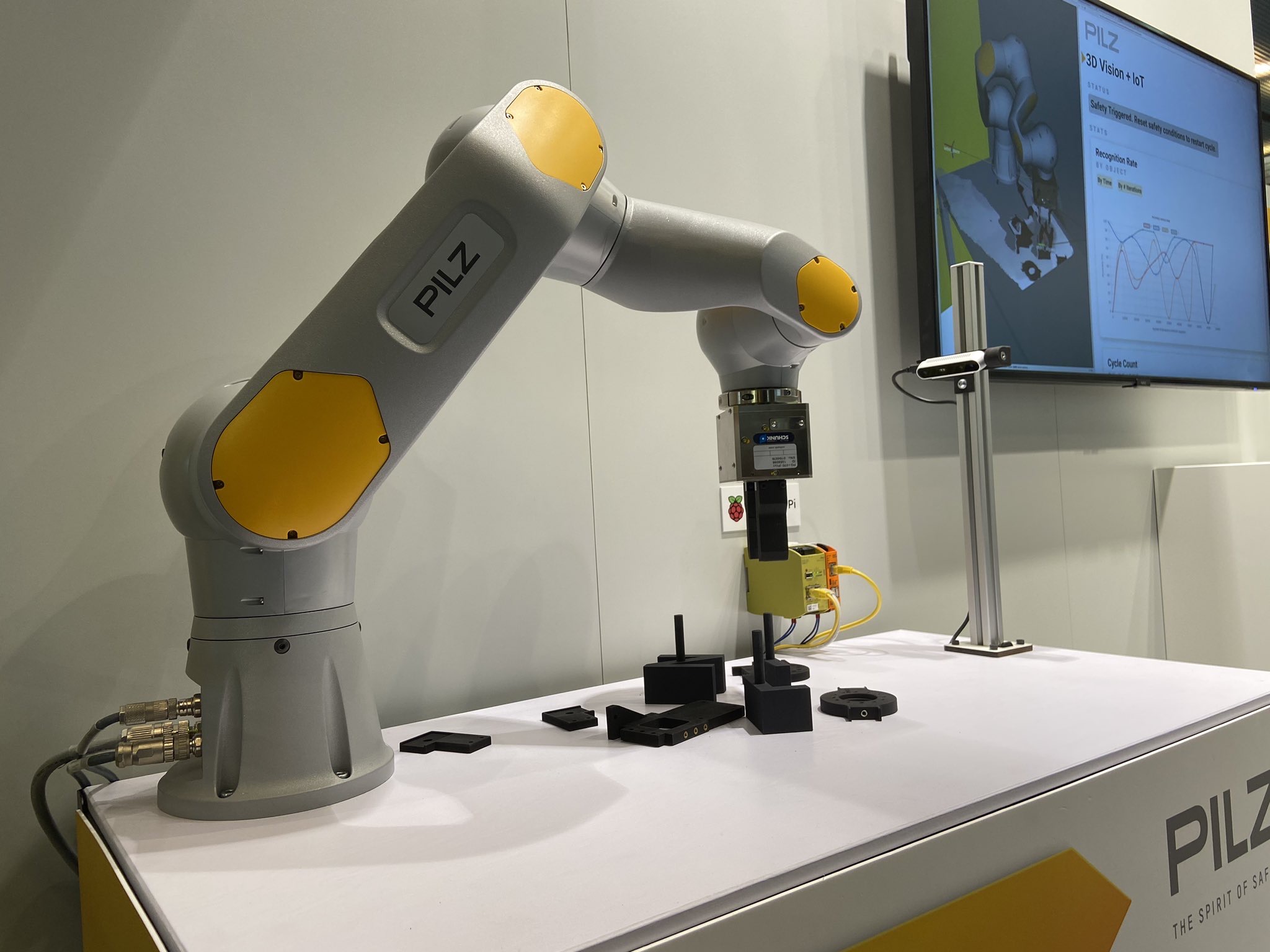 The actual demo setup running in the exhibition.

This was actually my first time working with 3D vision of any sort. In this particular case the sensor was an Intel Realsense, a very common choice for these sorts of projects. Thankfully, its integration with ROS is straightforward and outputs pointcloud data to process.

In this application the objects to detect were the PILZ company's logo letters. Their simple geometry might imply easier recognition, but it proved to be the exact opposite. Turns out, nondescriptive objects (i.e with simple planar geometry) are much harder to tell apart from each other than objects with more features.

Picture and poincloud representation of an object.

This demo also acted as an interface for data and realtime visualization of the sensors and the robot. I developed a simple web-based interface to get all the data and present it to the User. 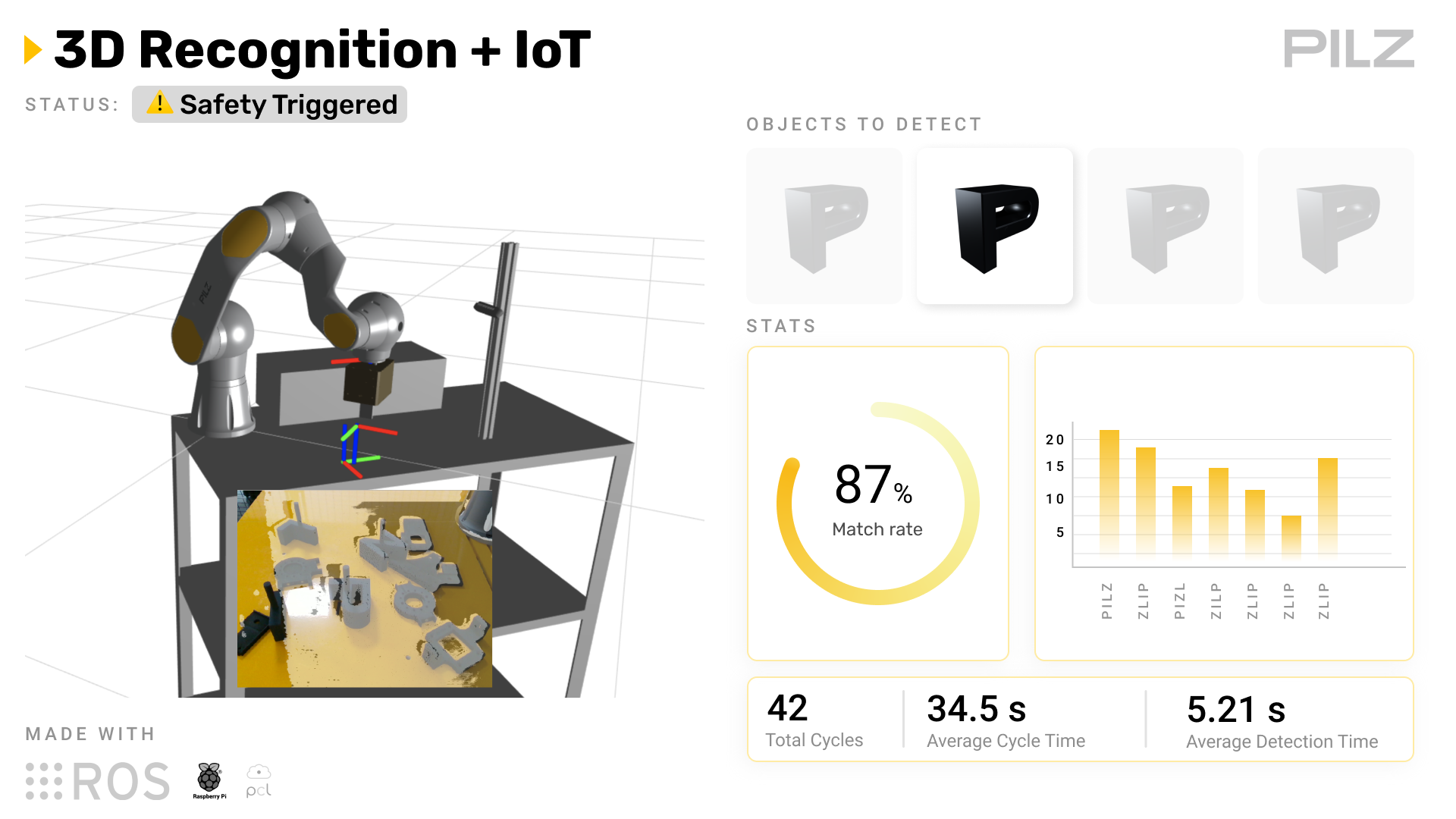 The data and monitoring interface.