After seeing Dr. Drang's analysis on the upcoming Magic Keyboad for iPad, I couldn't help but wonder how the rest of its mechanism might work.

A mockup of the keyboard in motion.

The main attraction of this product is its new cantilever design, which suspends the iPad above the keyboard, and also allows adjusting the angle of the display.

Some positions (I don't think the lower hinge is adjustable, tough).

As you can see in the above animation, the viewing angle is modified by allowing rotation of the hinges. The bottom one will protably have one fixed angle, while the top "hinge" is the one literally doing the heavy lifting. I say "hinge" in double quotes because this is the real mystery behind the mechanism of this case, and something that doesn't quite map to previous products. 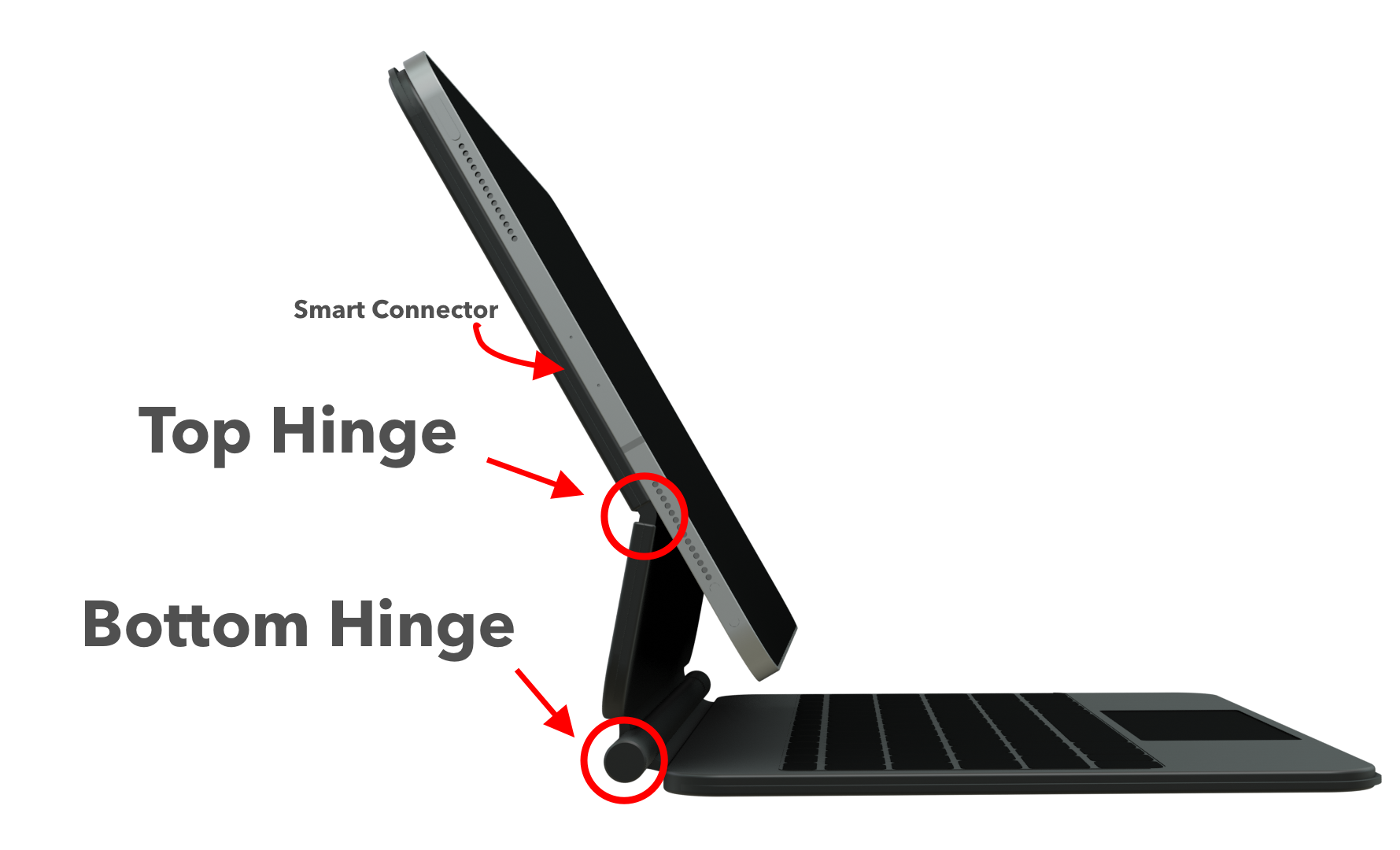 The bottom hinge follows a more standard approach, which looks quite similar to that of a Macbook. But the second one is significantly smaller, while still having to fulfill all three of these tasks:

With this in mind, It's quite unlikely they've (over)engineered some machined components into this tiny enclosure. The option of a spring-based design is also remote, since it stays on the same position when the iPad is detached.

So, here's my wild guess: It works with friction.

Apple truly leads the pack when it comes to material engineering, and it would be no surprise to see them leverage this strength. My theory is the hinge acts as a joint for three elements, which would slide between each other when adjusting the iPad's angle, like so:

A possible system based on sliding panels.

Since this approach relies on friction, which in turn relies on the contact between the iPad and the case, it would be quite robust to taps on the screen. It would also benefit from the powerful array of magnets that's been conveniently sitting inside millions of iPads since October 2018.

This post will probably be completely pointless and horribly wrong a month from now, but it's a fun guessing game while it lasts.