How to control a robot with your hands: merging iOS Vision and ROS

How to control a robot with your hands: merging iOS Vision and ROS

Often while developing and describing robot movements with colleagues, I find myself moving my hands to mimick the pose and movement of a manipulator. It's just the most organic way to describe movement as humans, and this is where I had the idea to create this demo: What if I could move a robot manipulator by just using my hands' movement?. In this post I'll outline some of the techniques and resources employed in this demo.

Controlling the PRBT with hand gestures 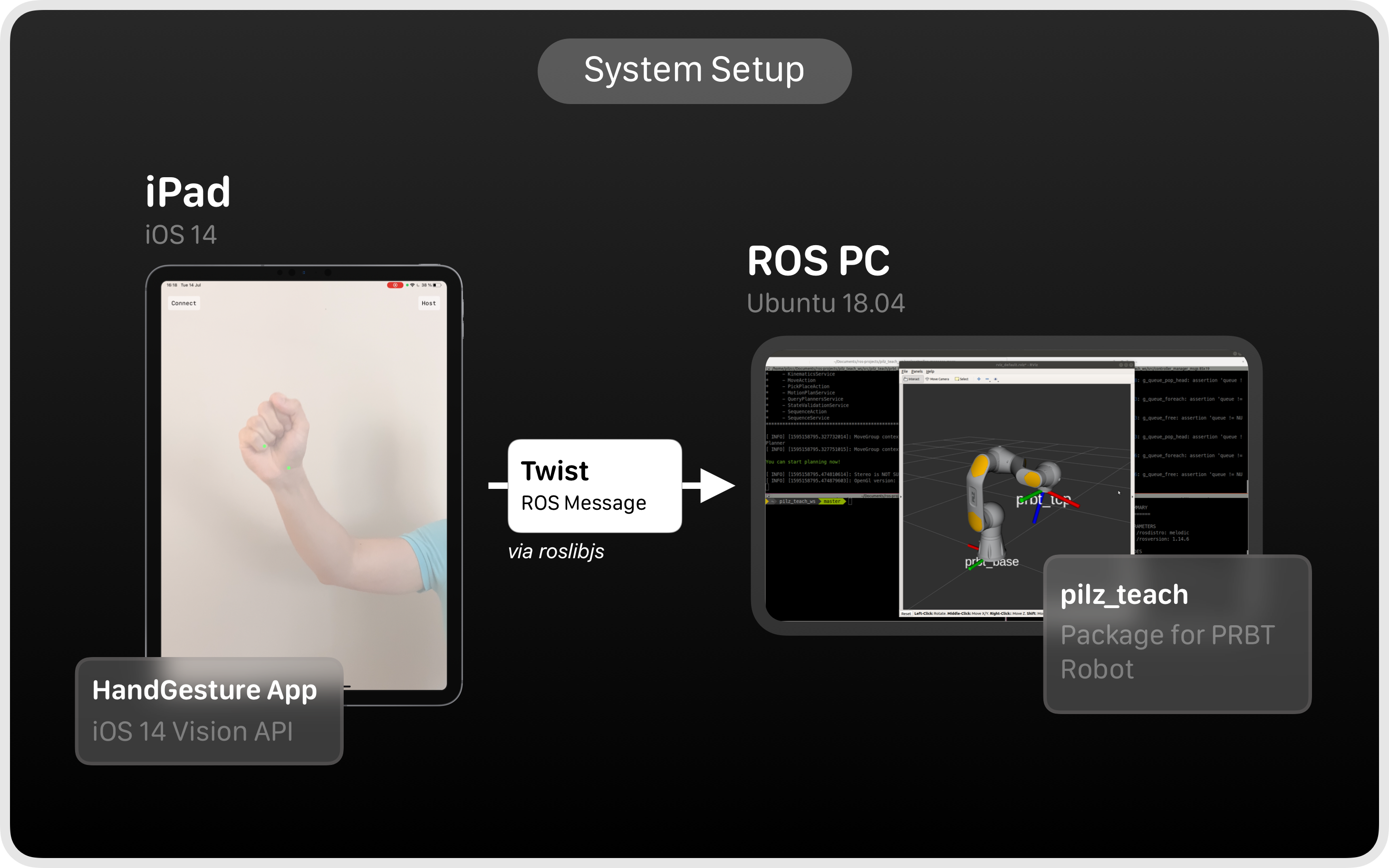 High level overview of the system

The main components in this setup are:

They are communicated via the roslibjs library, thanks to the great RBSManager Swift framework.

The vision system leverages the new iOS 14 Vision APIs. To get started with them, I recommend watching this year's WWDC session. 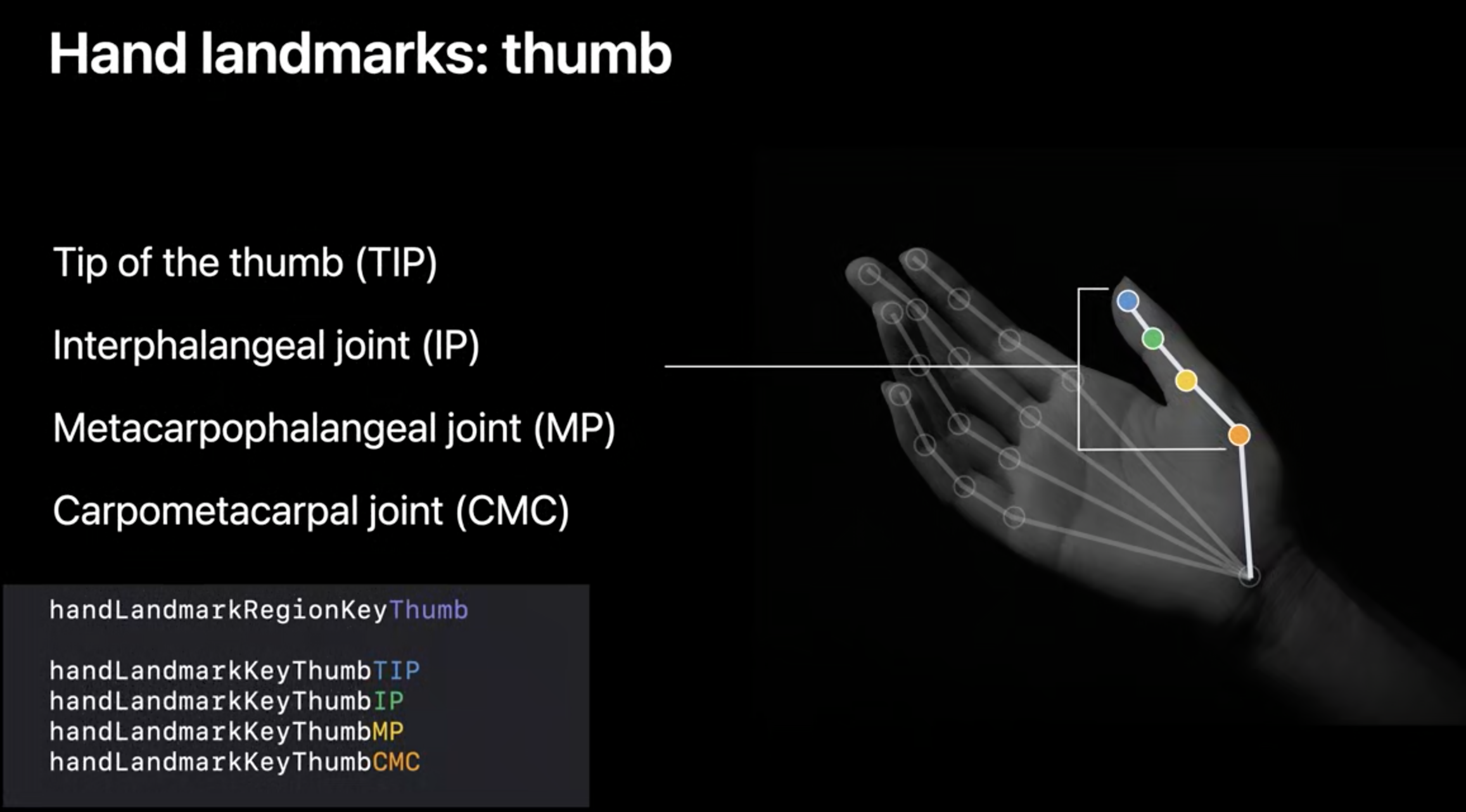 The interesting part here is the ability to detect specific landmarks within a hand. In this demo I decided to control the robot in the following manner:

In order to detect these different hand poses I recieved the handLandmarkKeyWrist (for the wrist), and handLandmarkKeyLittleTIP for the little finger's tip.

Applying some heuristics, I was able to detect the hand closed/open status with relative reliability.

The next step is computing the difference in position with the help of a local variable, and finally sending It to the roslibjs client as a Twist ROS message.

At this point all that is needed is properly setting up the robot system to expect Twist messages.

The robot I'm most familiar with is the PRBT, for its native ROS functionality and simple driver (full disclosure: It's what I do for a living). In this demo, I used the pilz_teach package for teleoperation capabilities. 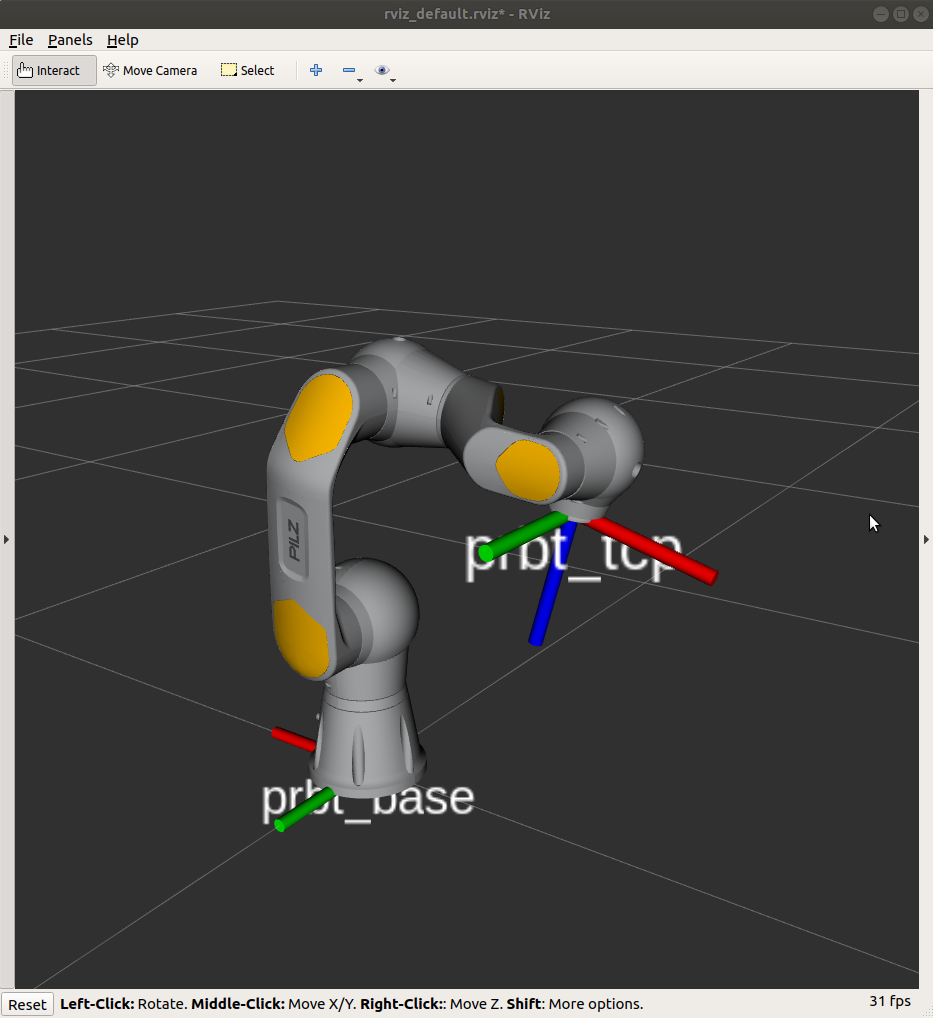 The PRBT robot shown in RViz

Once the pilz_teach package is compiled, you need to run the prbt_jog_arm_support package to bring up the robot with the control interface ready for jogging. This is important, as the standard prbt_moveit_config method will not work for jogging.

Lastly, you need to also bring up the teleoperation nodes:

And for communication purposes, don't forget to run the roslibjs websocket:

And that's about it! You can now feel like a proper Jedi controlling your robot with hand movements 🧠.

The code in this article was generated using Codye